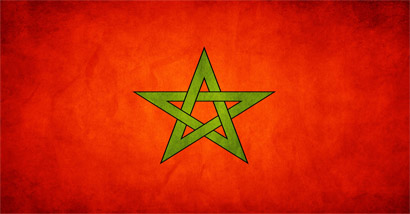 Ethnically speaking, Morocco is composed mainly of Arabs and Berbers or a mixture of the two. Sizeable numbers of Berbers live mainly in the country’s mountainous regions, long areas of refuge where they have preserved their language and culture. Some segments of the population are descendants of refugees from Spain and Portugal who fled from the Reconquista, the Christian reconquest of the Iberian Peninsula, that spanned until the 15th century.

Morocco's long struggle for independence from France ended in 1956. The internationalized city of Tangier was turned over to the new country that same year. Morocco annexed much of the Western Sahara, a former territory of Spain, in 1975.

Gradual political reforms in the 1990s resulted in the establishment of a bicameral legislature in 1997, although the King still possesses the actual political power. The press is mostly state controlled, even though there are free newspapers, and clampdowns have occurred following criticism of the authorities or articles concerning the Western Sahara situation.

The foreign policy of independent Morocco has often differed from that of its Arab neighbors. Throughout the Cold War, Morocco generally sided with the Western European powers and the United States rather than with the Eastern bloc, whereas other Arab states usually chose neutral or pro-Soviet positions.

The major resources of the Moroccan economy are agriculture, phosphates, tourism and textiles.

The voltage in Morocco is generally 220 V, and outlets will fit the 'two-pin plug known as the Europlug. It's probably the most commonly used international plug, found throughout continental Europe and parts of the Middle East, as well as much of Africa, South America, Central Asia and the former Soviet republics. Europlugs are included in most international plug adapter kits.

Watch out for American and Canadian appliances, which are made to be used with 110V. That means that even with an adapter, plugging them into a 220V socket may damage them. If your appliance is "dual-voltage", it should be fine (it's designed for both 110 and 220V). If not, you'll need a power converter as well as an adapter.

The biggest event on the Moroccan calendar is the month of Ramadan, during which Muslims fast during the day time and break the fast at sunset. Most restaurants are closed for lunch (with the exception of those catering specifically to tourists) and things generally slow down. Traveling during this time is entirely possible, and the restrictions don't apply to non-Muslims, but it's respectful to refrain from eating, drinking or smoking in public during the fast. At the end of the month is the holiday of Eid al-Fitr, when practically everything closes for as long as a week and transport is packed as everybody heads back home. Alcohol consumption is not prohibited for tourists during Ramadan, and there a few restaurants and bars serving alcohol. Also, alcohol can be purchased in a supermarket if a tourist shows their passport to the staff (Moroccans are not allowed to buy or consume alcohol during the holy month).